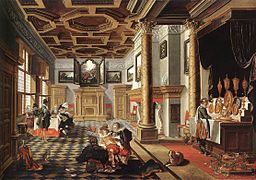 In the 12th cent. a rediscovery of Greek and Roman literature occurred across Europe that eventually led to the development of the humanist movement in the 14th cent. In addition to emphasizing Greek and Latin scholarship, humanists believed that each individual had significance within society. The growth of an interest in humanism led to the changes in the arts and sciences that form common conceptions of the Renaissance.

Magazine and journal articles, reference works and primary documents on the Renaissance

Find More Books on The Renaissance