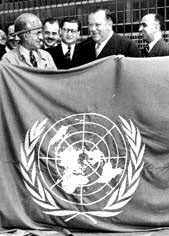 It is difficult to exaggerate the impact of World War II on the modern world. First and foremost an exercise in human misery, the war claimed approximately 55 million dead and left approximately 35 million wounded. Passions and political changes stirred by the war resulted in a further 20 to 30 million postwar refugees and deportees, as states in Europe and Asia sought to make nationality lines conform with international boundaries; the westward movement of the Soviet Union's border, for example, displaced over 4 million Poles, while as many as 12 million ethnic Germans were driven from Eastern Europe and the Balkans into a divided and geographically reduced Germany. The economic costs of wartime destruction, taxes, debts, lost opportunities, and postwar resettlement are incalculable.