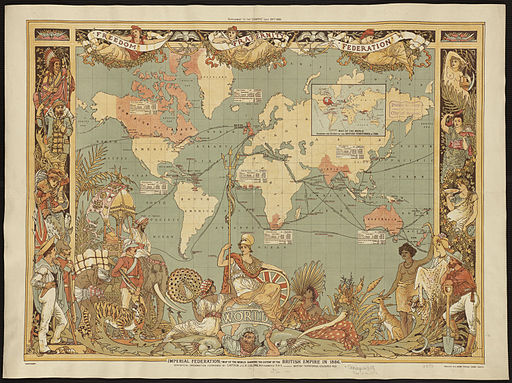 The term colonialism describes a dominant form of cultural exploitation that developed with the expansion of Europe over the last 400 years. The term “colony” stems from the Latin word colonus meaning “a small farm” and thus originates in the practice of occupying and cultivating land. Although many earlier civilizations had colonies and although they perceived their relations with them to be one of a central imperium in relation to a periphery of provincial, marginal, and barbarian cultures, a number of crucial factors entered into the construction of the post-Renaissance practices of imperialism.

Image: Map of the world showing the extent of the British Empire in 1886. British territories colored in red. - from Wikimedia Commons