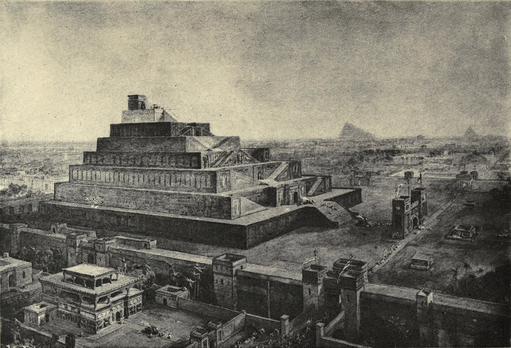 Ancient history is the study of the written past from the earliest recorded history up to the fall of the Western Roman Empire in AD 476. Many civilizations have added to our current knowledge, technology, and understanding of the world. Some provide the foundations of modern ideology. The ones covered here commenced the movement from the very agrarian society to modern culture. They are all geographically located in the Mediterranean Basin or the Middle East and include Mesopotamia (Sumer, Babylonia, and Assyria), Egypt, the Hittite Empire, Persia, Greece, and Rome.

Image: "The Walls of Babylon and the Temple of Bel (Or Babel)", by 19th-century illustrator William Simpson— influenced by early archeological investigations - from Wikimedia Commons

Magazine and journal articles, reference works and primary documents on Ancient Rome or on Ancient Greece